↓
Home Menu ↓
Skip to primary content
Skip to secondary content
Home→It just keeps rolling along. (No, not Old Man River. We’re talking about something else.)

MDEQ issued a Compliance Communication dated 9.5.2018, describing a tile riser at the northeastern edge of the field and instructing Hartland as follows: “The tile riser collects surface runoff from a large portion of field 60 and will need to be monitored as required in NPDES Permit No. MI0057536 during all future applications of CAFO waste to the field.”

Confirmed manure discharge.  MDEQ did a site investigation; we are waiting for their final report.  Morey Hwy., just north of Beecher Rd., Clayton, MI.  Tributary to S. Branch/Raisin River.  Downstream of manure application field on Beecher Rd., just west of Morey Hwy., Clayton- MI on 8/9 – 8/14, 2018, which is one potential source. 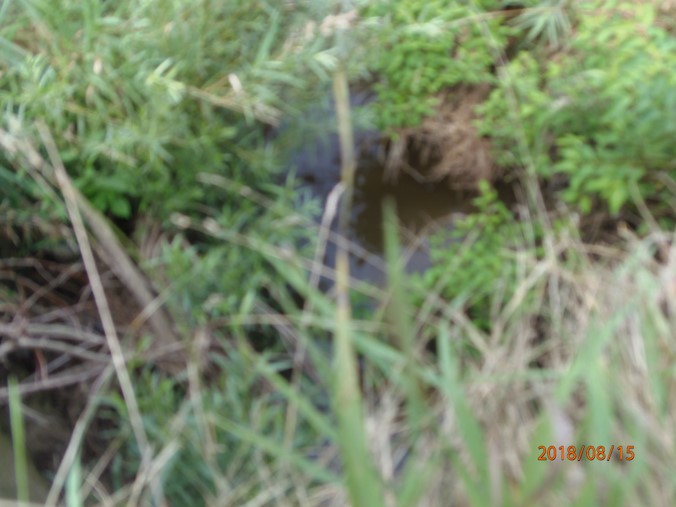 Photo of stream water at the site. 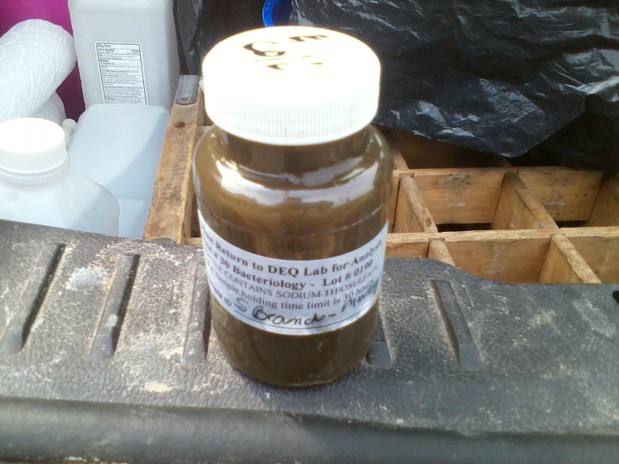 The sample was dark brown/gray in color, opaque, greasy, smelled of manure, and faintly of diesel fuel (sometimes used to prevent foaming in the dump box and for lubrication of the pumping equipment).

Sample collected immediately upstream was relatively clear (some particulates), no smell or visual evidence of manure.