Not just rain. Manure. The worst yet, all at once. Confined livestock facilities store their waste in stockpiles, open cesspits (“lagoons”) to which millions of gallons of clean groundwater are added to make it easier to store and pump through application equipment, or in pits underneath the slatted floors of hog barns. In Michigan, these storage facilities at NPDES CAFO-permitted farms must have the capacity for 6 months’ worth of storage each December. That means that they need to be emptied in late fall, so they have enough room to get them through the winter.

And it means they have to get those lagoons and pits emptied in the spring for two reasons – they’re full and they don’t want overflows, and they need to get that waste on the field before planting in April and May if they are using it as fertilizer for corn or soy beans.

But this past spring was different. Because of the timing of heavy rains last spring, manure farmers out here in the tributaries of the Raisin and Bean/Tiffin/Maumee never got the chance to empty their stored manure from this past winter, as planned in their nutrient management plans. Based on the frequent and what appeared to be plentiful waste applications on wheat stubble and hay fields these manure farmers played catch-up all summer. Nutrient management plans? Out the window.

Here we are in the fall, and it is raining once again and the farmers are still likely trying to get rid of last spring’s manure and what has accumulated over the summer. ECCSCM made the rounds yesterday, in between the rain with 1” predicted, and reports that we have never seen this much manure and so much water in the fields, ever. There were at least 3 spots where we believe, had we had the time and personnel, we possibly could have found manure or milkhouse waste discharges easily as bad as the one that occurred on Morey Hwy. (by Hartland Farms) on August 15, 2018.

We are awash in manure out here in the headwaters of the WLEB right now, like the dam has broken. It is too much, worse than ever, and it is moving downstream. The stench from the manure and silage around these barns and their manure application fields, some of which are more than 30 miles away, is awful. Despite what the experts’ models say, the highest levels of orthophosphate out here in the headwater tributaries happen in the fall, not during snowmelt in the spring. All of the manure that didn’t get applied in early spring is being applied right now, adding to the already-high normal amount, and coming to Lake Erie in time for next year’s algae blooms.

Here are a few photos: 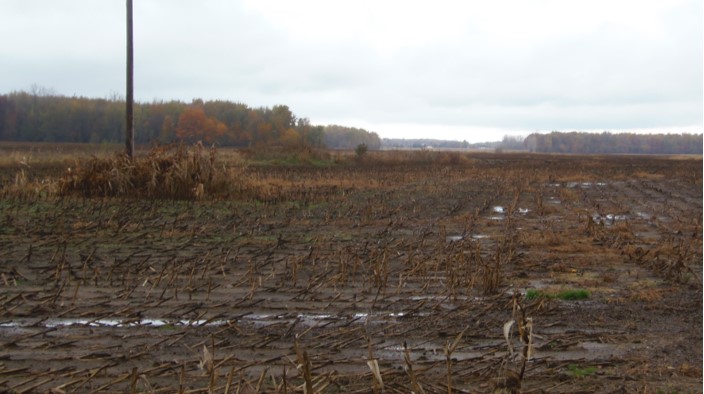 Liquid manure application on corn stubble, not incorporated (mixed into the soil). Rain on the field takes the manure straight down to the tiles under the field and out to the surface stream, which in this case is Silver Creek (tributary to Bean/Tiffin/Maumee) far beneath the grass buffers and vegetation at the edge of the field. This field is in Legend Dairy’s permit. 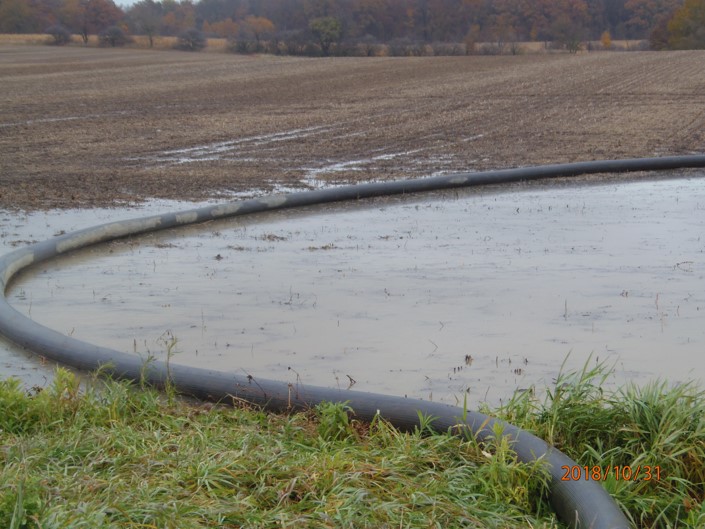 Full dragline hose lying in water, Ingall Highway (Bean/Tiffin/Maumee). One end is connected to the lagoons at Medina Dairy; it runs for at least a mile across the fields from west to east, through the culvert underneath Ingall Hwy., to a field somewhere near Canandaigua Rd., where a pump was sitting in the water. Due to slopes, wetlands vegetation in the area, and other conditions, the field where the hose led to is not visible from the road. Predicted rainfall yesterday was high enough so that application would be a permit violation. However, this hose is full as shown in the photo, not collapsed like an empty fire hose. Heavy dragline application all along the fields behind Medina Dairy on Ingall, standing water everywhere. 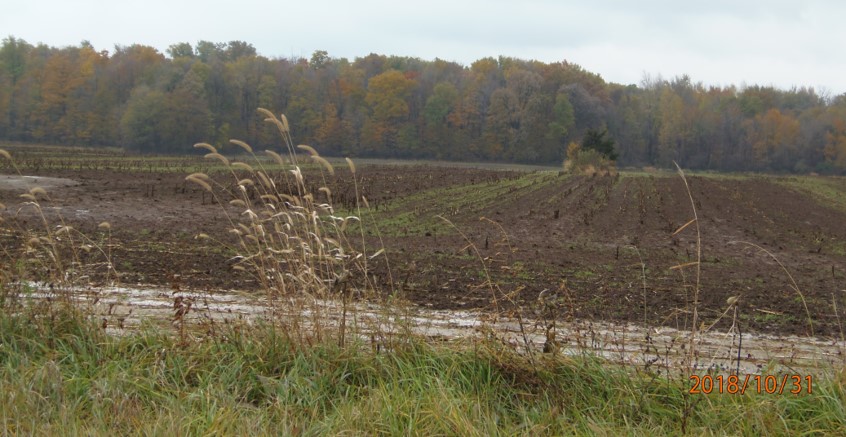 Hundreds more just like this everywhere in the WLEB tribs right now, all going straight down to the tiles and out into the surface water. It doesn’t stop in the soil (even if it’s “mixed”, injected or incorporated), just cesspool waste straight to the waterways – with over 1” of rain predicted to come